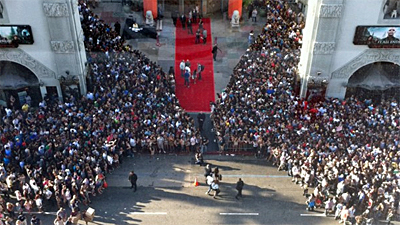 After somewhat of a riot in downtown Los Angeles at the Electric Daisy Carnival film premiere, sparked in part by a tweet by the famous deejay Kaskade, a couple popular blogs brought up the subject of electronic music becoming the new rock n’ roll for the current generation (those articles can be found here and here). While there are some elements of the rock n’ roll movement of past generations, this electronic music movement has very different cultural implications – while it is easy to see some similarities between the two, this is not a new revival of the “rock n’ roll” mentality and atmosphere of the 1960s and 70s.

As we know from Los Angeles sports events and famous jury case verdicts, LA is prone to rioting and the most recent “riot” is not representative of a broader social movement in the U.S. The electronic music scene, while it has built up steadily in the clubs and festivals over the last several years, is culturally disparate from rock n’ roll. Electronic and deejay music is not a particularly rebellious form of music that fights against the tyranny of war and governments or espouses a counter-culture lifestyle. While some deejays might certainly include political messages in their lyrics, most opt for lyrics centered around a fun, party atmosphere not too unlike pop (although often slightly more nuanced in feeling and intention).

Electronic, house, and dubstep music is gaining mainstream acceptance and is rising in the ranks of music in the same way that rock n’ roll did decades earlier, but its cultural references are fewer, its drugs of choice are much different, and its intentions are to mash up and remix every other genre one can imagine. It is a cultural amalgamation of sorts, and while it might be here to stay in all its hype and glory, it is not your parents’ rock n’ roll and nor should it be.