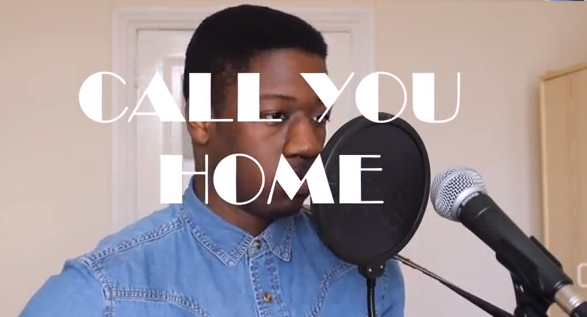 YouTube, Reddit, tumblr, and a few other big platforms can make a person a sensation over night. It’s the perfect mix of talent, timing, and luck that cuts through the noise. Yesterday, somebody posted a link to a music video on Reddit with this title: “This guy was at my old school… i had no idea, wow.”

First off, the title was on point for Reddit. It lacked any sort of promotional appeal to it like someone clamoring to get their music heard. Someone else posted it, not the original artist in the video, and the tone of the post title was clearly in the voice of a usual Redditor posting a link.

The link was to an original song by Kelvin Jones called “Call You Home,” which wracked up over 600,000 views over the course of a day. The song is poignant, melodic, and all-around good acoustic folk music. After Kelvin noticed how his song hit the Reddit front page, he capitalized on it by doing an Ask Me Anything thread on Reddit, the popular section where celebrities and interesting people answer questions about themselves or a particular subject in which they have expertise or knowledge that most people wouldn’t know about.

The strategy worked. The song got a lot of buzz with people like Jay McGuiness, the Wanted bandmember who has nearly a million Twitter followers, tweeting out the song. Kelvin even got his parents’ blessing to leave school to become a full-time musician, as he announced on Facebook.

One fortuitous event can propel a career in the age of Internet virality. We don’t know if it will for Kelvin, but it’s a first step of validation in the long hard grind as a musician. Events like this can also give you your 15 minutes of fame, and on the Internet it might only feel like three or four minutes of fame these days. So how do you replicate this? Can virality be replicated? Companies like Buzzfeed and Upworthy thrive off of virality. Whether it’s Buzzfeed using algorithms to find out what’s trending and focusing on what gets clicks or Upworthy testing out 25 different article titles to find out which one resonates the most with people, virality isn’t necessarily gamed but it’s manipulated as much as possible.

Huffington Post cofounder and Buzzfeed CEO Jonah Peretti is no stranger to getting things to go viral. He created the satire sites Black People Love Us and the New YorkRejection Line and even had an email chain with Nike, who wouldn’t make custom Nike shoes with the word “sweatshop” on them for him, go viral. These things are repeatable, with many sites and videos going viral before the days of social networks. Now it’s difficult because you have everyone competing for things to go viral. The more unique an idea you have or the funnier, emotional, or crazier the video, the better the chances of making it.

Too many people try to replicate virality. When it feels forced, it’s not going to work. Did Rebecca Black mean for her infamous “Friday” video to go viral? No, she was probably trying to write a good song but instead the video was so comically bad and the tune was just catchy (and bad) enough to strike a chord with the mainstream. If you try to replicate virality by looking at what’s been done in the past, you’ve probably failed before you’ve even started.