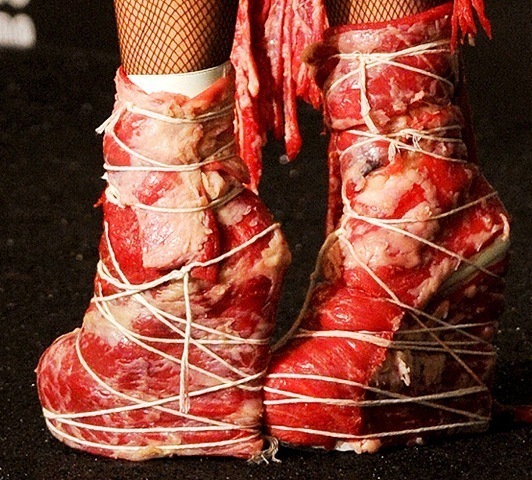 No one can argue with a good song, a good beat, or a hook that you remember for days. But those who reach superstardom know there’s more to it than that. What do Lady Gaga, Eminem, Kanye West, Nicki Minaj, and 50 Cent all have in common? They all have backstories, personas, and a barrage of media attention-seeking gestures that propel them into the spotlight. Add to that an eye for fashion and a keen business sense and you have yourself the ideal mixture for celebrity.

Would Lady Gaga be popular even without her award show entrances where she’s covered in meat or hatched from a giant egg? Probably. Would 50 Cent be famous if he didn’t get shot nine times? Most likely. Regardless, it’s all the little things, whether it be a unique upbringing or controversy hitting the headlines, that add up to celebrity. Constantly being front and center is what helps you gain share of mind.

I don’t think anyone denies that Deadmau5, the popular DJ, has serious musical chops—but  his mouse hat and costume and his onstage persona help add to the allure of his music. The performance and the visuals surrounding the artist fill in all the gaps for listeners when they’re listening or not listening to the music itself.

This doesn’t mean that artists should fake controversy or create a ridiculous image for themselves that doesn’t fit their music, but it does mean that artists need something more to latch onto than just music if they want to reach an iconic status or help spread a certain message. Kurt Cobain did this exact thing by trying to be the anti-image. The plaid and jeans were a statement against 80’s glam rock, but that in itself was an image. It was radically different and people could relate to it.

Some latch onto trends. That can work for a little while. Being different is what lasts.