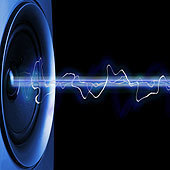 The audio industry has been abuzz over the latest Red Hot Chili Peppers album, I’m With You, because it has three mastered versions including one made specifically for iTunes. For those who don’t know, iTunes uses an AAC file format that is superior to mp3 but still contains some audio degradation compared to the normal CD format.

Despite the lossy format’s sacrifice in quality, many claim that the AAC format used in iTunes has its own peculiarities that can be sonically interesting. In a NYTimes article back in 2007, Robert Levine described the mastering process for Ry Cooder’s My Name is Buddy and the influence of a supposed iTunes mastering sound:

“When he burned a copy of the album using Apple’s iTunes software, it sounded fine. He didn’t know why until one of his younger engineers told him that the default settings on iTunes apply a ‘sound enhancer.’ (It’s in the preferences menu, under ‘playback.’) Usually, that feature sweetens the sound of digital music files, but Mr. Cooder so liked its effect on his studio recordings that he used it to master — that is, make the final sound mixes — his album. ‘We didn’t do anything else to it,’ he said.”

We are now living in a generation that is being brought up with iPods and iTunes—and that means audio engineers across the world have to make production choices as a consequence of this phenomenon, whether borne out of necessity or choice. Vlado Meller worked on the Red Hot Chili Peppers master with Mark Santangelo at Masterdisk studios. In an interview with Digital Music News, Meller stated that:

“With an iTunes optimized master, the listener will be able to enjoy more clarity and an overall better sound quality than is otherwise currently available… With iTunes optimization during mastering, the AAC files are much closer to the sound of the commercial CD.”

While many audio purists might decry the generation of Apple earbud headphones and degraded audio formats, there is still the hope that technology will usher in an era of new audio formats that do not sacrifice on sonic characteristics in the same way. Right now audio engineers are making the best out of a bad situation, where consumers choose convenience over optimal sound quality. The sacrifice might be worth it for most, but all convenience comes at some price. Hopefully we’ll all be able to have it both ways in the future. Until then, expect more albums like the latest Red Hot Chili Peppers album to get mastered specifically for iTunes and digital downloads.