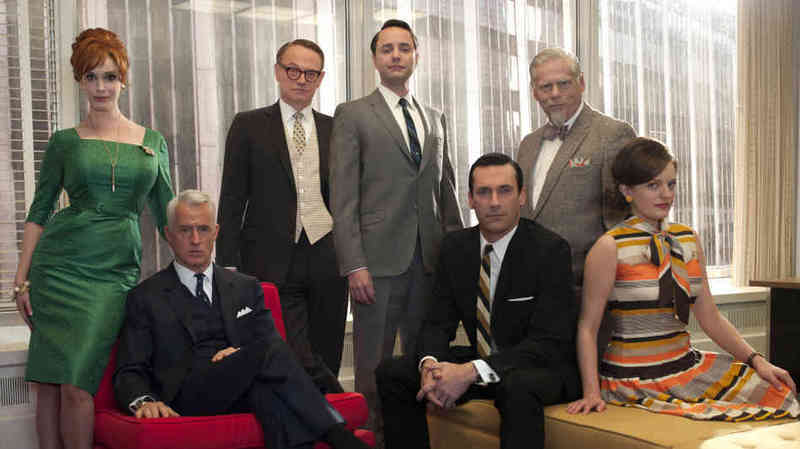 Nothing helps define a time, a decade, or a moment like a perfectly crafted song choice for a TV show or movie soundtrack. The hit show and not-so-underground cult favorite “Mad Men” comes back to AMC for its two hour Season 6 premiere tonight (4/7/13), and I’m sure the music will suit the scenes just as much as the suits on the characters. No one knows how to strike up the atmosphere for a period in time like the writers and directors for the show—song choice included.

Lionsgate, who produces “Mad Men”,  paid $250,000 to license the Beatles’ song “Tomorrow Never Knows” for an episode in Season 5—by then it was obvious that the show was a huge hit so they could afford such an extravagance, but it shows how important music is to define a necessary aesthetic. Movies have much bigger budgets than single episodes of a TV show, so it’s even more important to get the period music just right. “Son of a Preacher Man” and “Misirlou” made appropriate appearances in director Quentin Tarantino’s movie Pulp Fiction as did “Fortunate Son” and “All Along the Watchtower” in Forrest Gump. Forrest Gump happened to beat out Pulp Fiction for Best Picture in 1994 so I guess that year really knew its period theme music!

What will be the songs that define our current generation? It seems like the YouTube hits come in one day and go out the next, so it’s hard to imagine songs like Psy’s “Gangnam Style” or Lady Gaga’s “Bad Romance” playing in our movies 30 years from now. Perhaps they don’t evoke the necessary atmosphere, but something like Adele’s “Rollin’ in the Deep” in a drama or Eminem’s “Lose Yourself” in an action flick  could very easily make a future soundtrack that wants to wax nostalgia over the as-of-yet unnamed decades between 2000 and 2020. Oh and if the song is about New York, I’m sure Jay-Z and Alicia Keys’ “Empire State of Mind” will find a way to make an appearance if it’s not a Frank Sinatra with “New York New York” kind of movie.