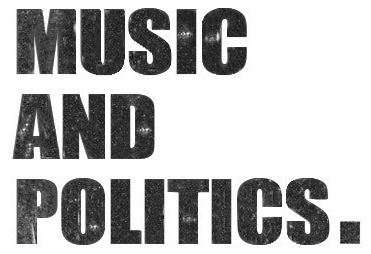 What is it about musicians and politics that gets the mainstream so intrigued? If you oppose the artist’s political philosophy, then you’re probably saying to your friends, “Why do musicians have to talk about politics? No one cares about their opinion, they should just play music and shut up.” If you agree with the artist, you’ll probably tolerate the mixing of politics and music. Perhaps, you’ll be drawn to the music even more. Is it that we hate politics in our music or that we just hate politics that we don’t agree with?

Take Dave Mustaine for instance—he’s been taking a lot of flack for his recent accusation on Obama for staging the recent massacres at Aurora and the Sikh temple. Mustaine is free to speak his mind, even if metalheads across the world don’t agree with him. Much of his music and lyrics is politically-charged, so does it make sense for Mustaine to share political opinions in the middle of a concert? If you don’t agree with a musician, is it possible to separate their opinions from their music? I’m sure there are many Mustaine and Megadeth fans who despite enjoying the music have a hard time embracing the artist behind the music—maybe they give up on the music altogether. While his lyrics might be political in nature on occasion, Dave Mustaine’s music is appreciated for the guitar riffs, hooks, and overall metal sound. When one thinks Megadeth, one doesn’t think politics. If there is no definitive connection between the medium and the message, it isn’t in your best interests to alienate fans with your politics.

So if your politics isn’t core to the music and one of the most identifiable bonds between you as an artist and your fans, it probably is wise to drop any politics you have from the public consciousness. Making a difference is important, but if you forget why your fans made you successful in the first place, you could start a divide in your fanbase that can’t be fixed. Next time you want to mix music with politics, think about why your fans listen to your music and whether mixing in your own political viewpoints will add value to the discourse or just ruin the excitement of the music.