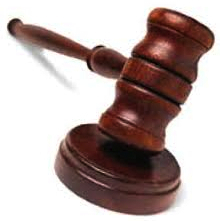 Spain is now proposing a law that would make it illegal for companies to advertise on sites that infringe on copyright. If the government finds a site to be a major distributor of copyright infringing material, like an mp3 hosting site for instance, they could fine advertisers who pay to advertise on that site.

The story, reported by Digital Music News, notes that Education and Cultural Minister Jose Ignacio Wert is heading a major initiative to put a stranglehold on piracy in Spain with a bill that puts the onus on advertisers to help stop the lucrative business of Internet piracy. Wert stated:

“This is about a philosophy of going after large-scale distributors of infringing content.”

Advertisers don’t have to be too worried just yet, as the government wants to put a stop to distributors more so than advertisers. There’s no question that Spain and many other countries want to be proactive about piracy. One-off takedown notices just aren’t cutting it, so governments want to hit infringers where it hurts (i.e. by stopping those who help pay the bills for these sites).

The FBI in the United States hasn’t been shy about seizing certain website domains, only to find later that the same website has been copied over to a new URL. Of course, awareness is a big part of web traffic, and not everyone will follow the trail to find the new version of an infringing site. Many people pirate music, movies, and TV shows simply out of convenience more than anything. Not all content is easy to acquire legally as fast as people want to consume it so they turn to piracy.

Should we be punishing the companies who host these files? I’m sure there are many illegal files hosted on Dropbox, YouTube, SoundCloud, and many other popular platforms that host content. It’s inevitable. While I think it’s a bit harsh to put the onus on the advertiser to control where all their ads are being shown online or for websites to be responsible for every file that crosses their servers,  if a site that hosts thousands and thousands of infringing files is complicit in the activity or at the very least takes very few steps to prevent this kind of activity, the government should be able to step in.

Unfortunately there is a large gray area here where the right answer might not be evident, and we have to trust that technology and government can play nicely together so no one overreaches their bounds both in terms of following the law and enforcing it.