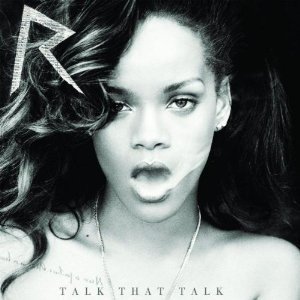 Popstars have officially embraced the edges of mainstream music. First Britney Spears took a foray into dubstep music on her track “Hold It Against Me,” and now Rihanna is sampling Metallica. According to Blabbermouth.net, Rihanna will be incorporating a sample from the metal legends’ track “Wherever I May Roam” from the band’s self-titled album (also knows as “the black album”). While 1991’s the black album ended up selling almost 16 million copies worldwide, it still is no mainstream pop album in the same vein as Britney Spears or Rihanna and doesn’t cater to the faint of heart.

Rihanna is also incorporating music from Chase & Status’ “Saxon”, which features electronic sounds and heavy dubstep drops. Both Metallica and Chase & Status will have their music on the tune “Red Lipstick” on Rihanna’s new album Talk That Talk. What does this mean for the state of mainstream music? It means pop artists, those  who in the past were more accustomed to bubblegum sensibilities, are pushing the envelope of musical exploration. Sure it might not “be good enough” for the fringes of music society (those who stick to their niche genres like a badge on their respective niche jackets), but it does mean a melting pot of ideas for the mainstream.

As of now, it’s tough to tell whether this was a conscious decision by Rihanna or a calculated move by her managers or a producer cluing Rihanna in on some new sounds. But does it really matter? The fact is that it’s getting done, and whether sounds are watered down or butchered, there are going to be a lot of streams online for songs that otherwise would not have been found. Metallica has solidified its fanbase long ago, so they won’t need any help from Rihanna to introduce news fans to them. But look at the Youtube video for “Saxon”, embedded below, and you can see that there are already comments about how Rihanna’s album tracklisting brought her fans to a dubstep song from 2008. How could that not mean good exposure for non-mainstream music?