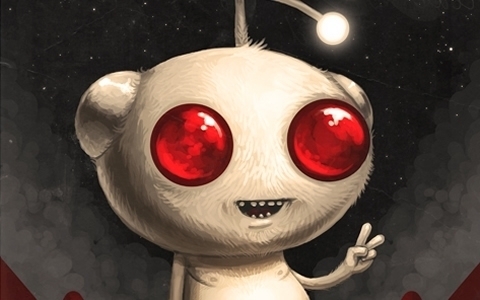 The ever-growing, but seemingly tight-knit, Reddit community is at it in full force again—this time trying to take over the music world (and the Billboard charts). Previously, the community rallied around stopping the SOPA and PIPA bills from passing through Congress. At other times a mere cat picture would suffice on a slow news day. Now, the new Reddit challenge poses the question: “Can we write and record our own generic pop song and get it in the charts?”

As Mashable pointed out, the user Indubitable_Smoo came up with the idea for Reddit to crowdsource a  hit song after “listening to an urban music station, which plays generic music that all sounds the same.” The effort now has its own subreddit called REDDITTOTP. Musicians who frequent Reddit started posting submissions, beginning with the background instrumental track that would provide the ground floor for the generic poppy sound they are striving for.

So far, the voting has narrowed down the instrumental track to one by Random Insight, who posted his generic pop idea on SoundCloud. The reactions in the comments? Everything from “I can literally hear a Pitbull verse here. This is brilliant.” to “It seems as generic as can be.” But that’s the point! With such a strong community, it wouldn’t be surprising that almost anything the Reddit puts out as a single could somehow make its way onto the charts. In this kind of record industry environment, it really doesn’t take much to chart anyway. Although Reddit’s strategy of piecing together tracks might not yield the most cohesive or polished of pop hits, it has the potential to be infectious nonetheless.

On the UPDATED PLAN OF ATTACK: page you can see a continuation of the original mission, with links to all the areas that need help for finishing the song. Other than having a decent amount of time on their hands, the Reddit community shows that they can actively get things done once again. Many people are idea-makers or stand behind an issue, but it takes an active person or group to actually pursue something rather than passively letting it slip by the wayside (a problem often seen among political dissenters and people trying to start projects from scratch). Although the song is not completed yet, Reddit shows the power of crowdsourcing behind something as simple as an idea.