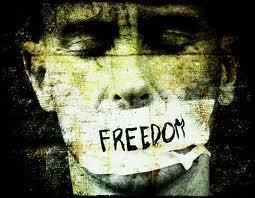 In the United States, sometimes we all need a little reminder that we live in a place where freedom of speech and freedom of expression are so commonplace that they are second nature. Of course there are instances where lawmakers try to pass laws that inhibit those freedoms, but for the most part, we live in a pretty “free” society.

After reading an update on Ultimate Guitar, I was pleasantly surprised to hear that Nergal, frontman for extreme metal band Behemoth, was found innocent after being arrested for tearing up a Bible on stage at a show in Gdynia in 2007. The concert where Nergal ripped apart a Bible was in his native Poland, where there are strict laws against anti-religious actions that might offend others.

Regarding the verdict, Nergal stated:

"I'm so glad to see intelligence won over religious fanatics in my home country. There's still so much work to be done to make things right, but I'm sure I'm on the path to ultimate freedom… The battle is won but the war ain't over."

Ryszard Nowak, chairman of the Polish Committee for Defense Against Sects, accused Nergal and Behemoth of promoting Satanism. Fortunately Judge Wiechowski sided with Nergal, claiming that no one in the audience was offended by Nergal’s act and that it was a form of artistic expression.

Even in the U.S., some cases slip through the cracks and people go to jail for seemingly minor offenses that don’t warrant serious jail time or significant taxpayer dollars to cover inmate incarceration. Nevertheless, some countries get it wrong most of the time and getting arrested for speaking your mind is not an aberration. Luckily in the U.S. and in many other countries, we are able to judge a piece of art or music based on its quality, no matter how extreme, without the fear of any excessive repercussions. Whenever you add extra filters to what you can or cannot do in society, you water down the culture. The verdict for Nergal is a small bit of liberation for Poland.