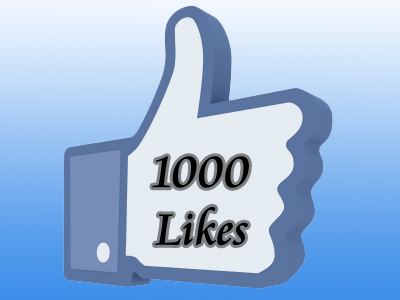 The most damage you can do to yourself is to treat all numbers alike. Social media is not a number. The race to some elusive goal (3K Twitter followers, 10K Facebook likes, or 500K YouTube views) is just a goal. But not all numbers are created equal.

On the one hand, a high social media count for one page can certainly give you a perception of importance. If my Facebook page has a million likes, people will come to it and view the page more seriously than a page with just a few likes. Big numbers do matter, but context is everything. Having a large presence online can act as a snowball effect, so as your numbers get bigger they continue to get bigger faster and faster. This is the viral effect, whether it be an increase in credibility that leads to more sharing by people or it’s a boost in a website’s algorithm that floats you to the top of the stack and gets you many more views. This can be a great form of free marketing.

At the end of the day, the goal of obtaining a high number of social media followers should be more than just for ego-stroking. Ask yourself why these followers are important. How did you obtain them? Did you spend thousands of dollars on a marketing campaign that got you thousands of “fans” in a day or did you shake a thousand people’s hands at gigs across the country that led them to following you online and telling all their friends about your music? Or did you pay someone $5 to give you 1,000 Twitter followers that turn out to be mostly fake? Each kind of follower is different and increasing your following only matters insofar that the followers are there to stay and engage with you or your community.

Many music and business folks talk about 1000 fans. All you need is 1000 true fans to have a solid career doing what you love in the arts. Having 1000 true fans doesn’t mean having 1000 Facebook likes. The 1000 is for the truly devout fans that do more than press a button (be it to follow or to like). Even if someone is not that invested in you as an artist, you shouldn’t turn them away if they happen to follow you on a social media site. No one is saying that. However, think of where you are putting your energy to reach your goals. Are you being authentic in obtaining fans? Time spent on the business side of things is time spent away from the creative production of your art (be it music or otherwise).

If you’re just rigidly optimizing for a certain number instead of trying to create genuine relationships with your fans, growing revenue for your career, and making lasting connections, perhaps it’s time to consider that not all numbers are created equal.