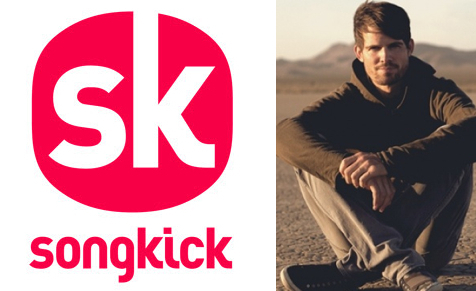 Songkick, a music concert discovery service, is going into the business of helping artists crowdfund their concert experiences. CEO Ian Hogarth wrote a blog post about how Songkick helped electronic artist Tycho organize a gig for 500 people in London.

Ian wrote about the process of spreading the word for Tycho’s crowdfunded concert:

“We chatted to Tycho and his team and it seemed like they’d need to sell a few hundred tickets to make it feasible to come to London, so we created a simple website, Detour to allow Tycho fans to pledge. What happened next was pretty insane! We emailed the fans on Songkick who were tracking Tycho, and over 100 of them pledged money for a ticket. Gideon was pretty thrilled to see how many other people shared his passion for Tycho. But 100 or so wasn’t enough to get the show confirmed so the Songkickers took it into their own hands & started to contact friends and music fans who were either into Tycho or should be! Within a short while we hit our target and the gig was on! Wow.”

This isn’t the first foray into crowdfunding events, but Songkick might have the technology to take it up a notch. Kickstarter, the most well-known of crowdfunding sites, helps artists raise money for album releases and tours, helps film-makers shoot documentaries, helps product designers release their newest project, and enables many others to realize their dreams. However, crowdfunding a concert is only one very small chunk of the Kickstarter platform for creative projects. Songkick, which ties into Facebook and other social media sites to help get the word out about concerts in your area, is perhaps the ideal location for bands to raise money for  tours they don’t know they can afford.

As Hogarth notes, social media sites are filled with comments from fans asking artists to come to their city. Sometimes it’s very hard to know whether there is enough demand for an artist in a particular city if the artist only sees a few comments. Artists can use data and analytics sites like Next Big Sound to see what cities are most interested in them or can look at song and album sales to gauge some idea of where to travel next. For independent artists or bands on a budget, this might not be enough to commit to an expensive gig in a faraway city.

If Songkick can not only provide the platform to help artists raise money to play in different cities, but also help spread the word about a concert, there might be a whole new market for concerts all over the world. Kickstarter already proved the power of ecommerce, patronage, and donations all wrapped into one platform. If Songkick has the formula to reach more people who like to attend concerts and helps fans put their money where their mouth is, we might start to see a much more efficient market for artists who don’t find themselves on the Ticketmasters of the world.