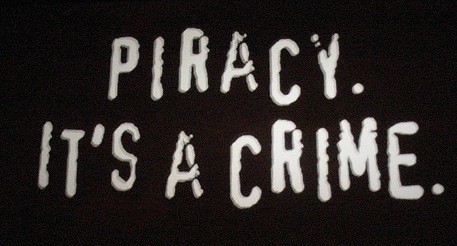 VEVO was caught illegally streaming the Super Bowl after some investigative journalism by Jason Kincaid of TechCrunch. VEVO, an entertainment company owned in part by Universal Music Group and Sony Music Entertainment, is openly against piracy. That’s what makes their illegal streaming of the Super Bowl even more ironic in the eyes of consumers, artists, and music businesses that have bore the brunt of the record labels’ wrath over the past decade.

VEVO CEO Rio Caraeff wrote a post explaining the mistake, which can be read in part below:

“A guest of our lounge asked for an NFL game to be aired. We said no. There was a laptop hooked up to VEVO.com that fed into the large TV screens around the bar. Unfortunately, the laptop was easily accessible to the public. That was our mistake for not making sure the laptop was more secure. While VEVO staff was in other areas of the venue, the game was put on – via a website transmitting ESPN’s broadcast of the NFL game – without our permission or knowledge.

As soon as we realized the game was airing to the room, we removed it and went back to playing VEVO videos. The game was not aired in its entirety. Rest assured, we rectified this mistake as soon as we became aware what was going on.”

I’m going to give Caraeff and VEVO the benefit of the doubt, they probably did not intend to illegally stream anything. It just happened. But I think this event puts many current technology issues into perspective. Clearly some people at Vevo’s event wanted to see the Super Bowl and coming across a legitimate streaming source for the game probably isn’t easy if you don’t have the proper TV setup.

What consumers want is ease of use and access, even if it’s at a price. Apple’s iTunes made music consumption easy—their catalogue is fairly robust and provides music at a decent price and in a way consumers favor (i.e. you can buy one track instead of the whole album, and you can do it quickly). The entertainment industry as a whole needs to come up with a viable model for distributing all forms of content at the click of a button in order to curb piracy.

I’ve listened to several technology podcasts where very wealthy individuals admit to piracy even though they are more than willing to pay for content. In many cases it’s not about paying for content, it’s about accessing content. Between Netflix, Spotify, Hulu, and many other content providers, consumers still can’t get everything they want. Until technology catches up with the demand for readily available content when and how people want to consume it, then piracy will be the fall-back option for a sizeable percentage of consumers (regardless of ethical considerations). Now all we need to do is replace decades of backroom deals and outdated corporate structures so we can aggregate all the content as we please.