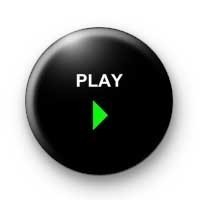 Ever since Deadmau5 called out DJs for just pushing play and not actually mixing music live, the Internet’s been chattering about whether electronic dance music (EDM) is getting saturated. More DJs, more producers, and more people trying to rake in money on the dance music touring circuit might create some bitter purists who see many DJs as charlatans.

Some can use Skrillex to both defend and accuse those who merely put on their hit records and push play (or at least mostly push play with some added pizazz). Skrillex is a producer. He produces original music that is loved by millions and his longtime roots are not in mixing live music, spinning vinyl, or taking advantage of complex MIDI systems to perform. On the other hand, purists for live DJ music can use that as a criticism for the exploding EDM scene.

One of my favorite DJs from Europe, Alex Kenji, recently wrote on his Facebook Timeline:

“wow sometimes i miss minimal, techno and tech house. i like EDM but too many idiots in this scene... jesus christ”

The post gathered many more likes than his average posts and created some back and forth in the commenting. Clearly people have opinions on the matter. And it’s partly true—I’ve very much enjoyed live concerts where you know the DJ is putting in a ton of effort to get an original once-in-a-lifetime sound across, a sound you don’t get by playing the original tracks off of YouTube. Compare this to the party atmosphere where people are in it for a different experience rather than reveling in the DJ’s spinning prowess.

The question I sometimes ask myself is whether either experience is inherently better. Perhaps if you’re not performing I feel like I shouldn’t pay exorbitant ticket prices, but at the same time, I’m going to a show to have a good time. Have I had less fun at a DJ show where I knew in the back of my head the DJ wasn’t actually doing that much? Not really. It plays a role in the consciousness, but it’s not a dealbreaker.

This might be a crude analogy, but take the business world as an example. You use services like Google and Facebook for free, but what you give up in return is your information. These companies must make money by selling your information to advertisers, plain and simple. Do you still want to use the services for free rather than paying? Most people would say yes despite having a slightly grossed out feeling in the back of their throats about the whole situation. I think the same is true for many electronic music concerts. You know what’s really going on in some cases, but you just don’t want to think about it. You just want a good time. Ignorance is bliss.