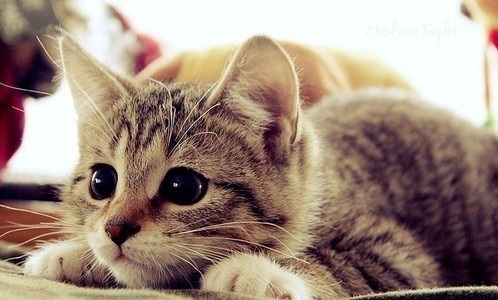 The Wall Street Journal just tweeted: “Breaking: The Yahoo board has approved a deal to pay $1.1 billion in cash for the blogging site Tumblr.” The acquisition was rumored for days now, as Tumblr struggles to make money off their huge userbase and Yahoo attempts to become relevant again by scooping up the teen-heavy blogging network and its billions of pageviews full of cat gifs, Bieber fandom, and soft-core pornography.

Tumblr does house many sophisticated blogs and has redeeming content, but Yahoo is making a big bet that they will be able to bolster their future prospects on Wall Street by catering to the younger demographics that spend their days sifting through their Tumblr dashboards.

The acquisition, though not final, will be met by a vocal backlash of teensters and other social media addicts who don’t want to lose their sense of community by being bought out by an aging, albeit massive entity. Tumblr users have already started a petition to stop Yahoo from buying Tumblr, so far with over 150,000 digital signatures and climbing, and I don’t think they care whether somewhat newly-minted CEO Marissa Mayer is trying to turn a new leaf in Yahoo history.

Every community faces growing pains and backlash. The Instagram community threatened to boycott the app after the company finally released their Android app (yes iPhone users wanted Instagram all to themselves). They also threatened to boycott when Facebook bought Instagram for a billion dollars in cash and stock. You know what happened? Instagram kept growing. I assume the same thing will happen with Tumblr.

The true test will be when Facebook and Yahoo try to monetize Tumblr and Instagram, respectively, to their fullest extent. The “cool” factor might not be there anymore if there isn’t a balance between sponsored content and organic content. Facebook has been slowly ramping up their advertising on their own platform with a long-term reluctance to degrade the mobile experience (ads only appeared on mobile more recently when compared to their desktop experience). Yahoo is desperate to pick up talent to improve their mobile footprint and Tumblr is one bold move they’re betting over a billion in cash on.

Just like with most acquisitions or controversial topics online, there is going to be a loud minority of people who want their voices heard. Business trumps everything and you can’t always listen to all the haterade online, or you won’t get anything done. Backlash can destroy a brand, but in this case, it will most likely fade away as long as Tumblr pretty much stays Tumblr.