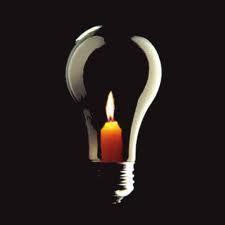 Remember that shiny record contract you’ve been salivating over since you were four? What! It’s not coming? The record industry is in shambles? Digital music has taken over?

Yes there will be followers. Cookie-cutter remixes of the sound one artists discovers. But it all started with an idea, an extraordinary tone, inflection, nuance, and melody. The start of something new! A signature sound.

The newness will wear off, and the new trend will begin, but the motive is still there. Unbridled freedom of expression! A crowd that will turn away at first glance of selling out. Fragmented music! Dictatorships gone and we are left with a bunch of city-states. Powerful nonetheless, made up of early adopters and distribution fiends. “Share share share” they all cried in unison! Anything short of force-feeding is fine. Cause it’s all good in this game.

It’s all good! Even the bad is good. And if not, it’ll be gone tomorrow! Because why not? Transaction costs are small (and getting smaller), the noise is tough, but we’ll get through it. Cream still rises to the top last time I checked.

TV killed the radio star. Digital killed what was left in its path. Hurry up before the cycle begins again! You have no choice but creativity.