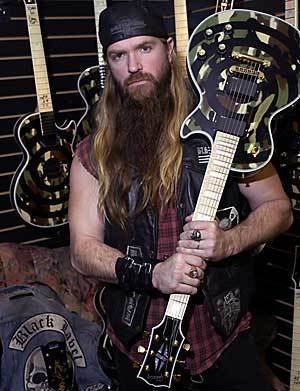 Listening to the stories of the most legendary bands, you often get the sense that not all bandmembers were created equal. There often seems to be one bandmember or a couple whose ego or power outshine the other members. The members of Metallica were notorious for hazing Jason Newsted when he entered the band after Cliff Burton’s death and clearly Jason didn’t have an equal say in matters. UrbanDictionary even has a term called Lead Singer’s Disease (LSD): “The tendency for the lead singer of a rock band to become egotistical and impossible to work [with].” Tags for the term include Axl Rose, David Lee Roth, and Liam Gallagher.

But does a band’s rise to fame create the inevitability of LSD or other frontman equivalent? Not with Zakk Wylde and Black Label Society. In a recent interview, Wylde presented an alternative style of bandsmanship, where all members are equal and free to do as they please. An excerpt from the interview reads:

Wylde: If anybody wants to leave Black Label for those reasons or you get a higher paying gig if you go out with Celine Dion, I’m not gonna stop you. It’s like, ‘Steve, you can always come back here.’ I’m not gonna stop you from makin’ more money. Go and make the dough and if one of the guys wants to jump onboard a Whitesnake tour or something, you can always come back here.

Wylde: That’s the way we roll and that’s what makes it unique. ‘Cause we all still talk and hang out and I mean even the guys that aren’t in the band that are playing in other bands.

Being a leader doesn’t necessarily mean you’re The King. In the case of B.B. King, well you’re known as The King, but you can still be diplomatic. In Soul of the man: Bobby “Blue Bland”, author Charles Farley writes about blues great Bobby Bland:

“Bobby Bland was also a leader easy to follow. He deferred to Scott in almost all matters musical and was fair, calm, and evenhanded in dealing with all members of the group. Unlike other stars who were infamous for their inflated egos and hair-trigger tempers, particularly in dealing with band members, Bobby was firm but always a gentleman.”

Farley goes on to write that even after jazz musician Glenn Miller disappeared in bad weather over the English Channel, the band still was able to move on. Just like a CEO of a Fortune 500 company, you want your band to live on despite your departure or passing away. Obviously a major organization and business runs differently than an artistic band that only holds a few members, but why not at least provide an opportunity for the legacy of the band to remain? Some bands break up even during their peak because the inflated egos of its bandmates (or one singular bandmate) ruins it for the rest. Tensions rise and things fall apart.

With Wylde’s interview, the perception is that a democracy in a band is not the norm. Perhaps to reach a musical high note, someone needs to take the lead, but that doesn’t mean burning bridges or discounting other bandmembers’ contributions. If a working band like Black Label Society can do it, with a fiery frontman like Zakk Wylde, everyone else can too.